On the way to familiarizing the techniques of self-defense to the world, we receive knowledge, experience, and advice from experts in many disciplines.

I raised a question to them,

My question was “which techniques can make a beginner the skillful self-defense expert in a minimum period?

(Simple technique, easy to understand, easy to handle under pressure, against multiple attackers were my requirements)

Comment any technique you believe that the efficiency is higher than the eye poke or eye jab. We can discuss, compare and study

Finger jab to the eye

This article discusses the effectiveness of eye jab/eye poke for self-defense.

Do not get misunderstand that eye poke attack is the Iron Dome, A magic that can bring you all the defensive protection. It would not be a shortcut or a hack to make you win all the street fights as a superhero.

Doing a 100% correct eye poke is a complicated movement. Since the eye is a small target, human autonomic responses to protect eyes, fighting hand positions can be covered the target, easily

Consideration of any movement as a superpower technique will limit you into a frame and blocks your mind and disturb options. Moreover, it can make you more await for a movement by the opponent until he does your expectation to have the pre scheduled counterattack.

Continual practicing, ability to fight under pressure, ability to withstand pain, and never back down mentality only can make a perfect person against real danger <See 7 Tips to Attack First & Knock Out the aggressor  for more detail>

Comment the skills which can be used on, winning a fight and escaping easily

The eye is one of the most vulnerable organs in the human body. A sudden poke into the attacker’s eye will stop the attack, robbery, or sexual harassment immediately and can confuse the aggressor. Offers enough time to get escape from the danger

The eye poke doesn’t require much power or a higher level of fitness. But the speed, accuracy of the target, and precious timing can make the attack a superior level. Along with proper practicing of footwork, a non-confrontational stance (passive stance) can make a better surprise counter-attack to the aggressor.

This attack can be learned by following almost all the martial arts as well as in many of the modern self-defense systems like Krav Maga.

Shall we discuss the martial arts/Defense systems which use finger jab to eye? Please comment.

Once you have correctly done the attack on the aggressor, the next opportunity is yours to open the attack. The confusion, pain of him allows you to under control the situation. Even for the Worst beast along with greater fitness, size also can be managed easily.

Facing with the choice of hitting your opponent in the ribs or poking him in the eyes, you go for the eyes every time – Bruce Lee

Grand Master Bruce Lee was a person who understood the importance of this attack in a real situation to get survive quickly from the danger. He kept eye-poking into an important place in practicing Jeet Kune Do.

Previous 7 Tips to Attack First & Knock Out the aggressor
Next Palm attack Vs Punch: What is better to win the next fight 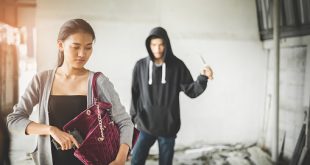 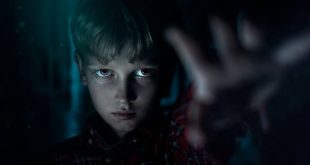 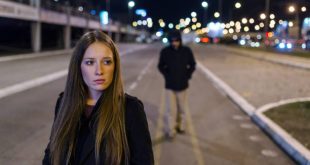 The opinion of self-defense experts is always to avoid fights. Avoid the bad guys with …